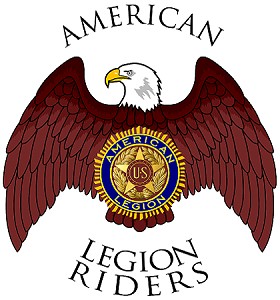 History:
The American Legion was chartered by Congress in 1919 as a patriotic veterans organization. Focusing on service to veterans, service members and communities, the Legion evolved from a group of war-weary veterans of World War I into one of the most influential nonprofit groups in the United States. Membership swiftly grew to over 1 million, and local posts sprang up across the country. Today, membership stands at nearly 2 million

American Legion Riders chapters are well known for their charitable work, which has raised hundreds of thousands of dollars for local children’s hospitals, schools, veterans homes, severely wounded service members and scholarships. Since 2006, Riders nationwide have participated in The American Legion Legacy Run to annually raise money for the Legacy Scholarship Fund, established to provide scholarships to children of U.S. military personnel killed since Sept. 11, 2001. 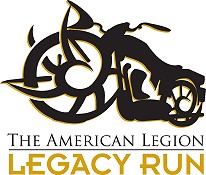