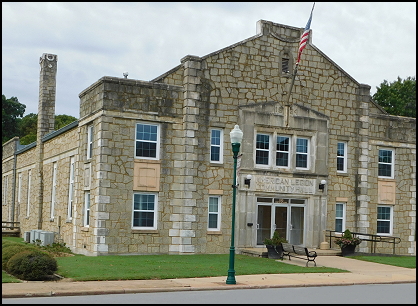 Less than a year after the “war to end all wars”, a group of Siloam Springs Veterans met to organize and to petition The American Legion, Federation of Arkansas, for membership. Their petition was was presented to the Arkansas Federation Headquarters in Little Rock on July 26, 1919. The Charter for Siloam Post 29 was approved July 31, 1919.

We proudly represent The American Legion in our community as a nonpartisan, not-for-profit organization fulfilling the the Four Pillars that stand strong on the foundation that the American Legion is built on.  We are a band of Veterans supporting Veterans and helping Veterans in need, along with their families.  Our family members are also members of this post through the support entities and programs that operate out of our post; Auxiliary, Sons, and Riders.  The Four Pillars include Veterans Affairs & Rehabilitation, National Security, Americanism, and Children & Youth.  Each of these programs encompasses a variety of programs that benefit our nation’s veterans, its service members, their families. Additionally we reach out within our community to help with needed projects and hold high the true testimony of the American Legion.

We stand behind our national team who are before congress in bringing about awareness of Veteran needs and even changes in laws that benefit our Veterans.  The American Legion was instrumental in getting the GI Bill passed, creating the Department of Veterans Affairs, with a list too long to mention here, but you can always Google it.

Our post’s success depends entirely on active membership participation and volunteerism as well as community support and contributions.  This post belongs to the members it serves and the communities in which it thrives.  Since our charter in 1919, our American Legion Post has been welcoming VETERANS and Military Personnel from all branches of our Armed Forces. Joining our Post enables you to continue serving your God, Country and Community.

Siloam Post 29 is located downtown Siloam Springs, Arkansas in the  historical “American Legion Community Hall” at 110 North Mount Olive Street.  Entering Siloam Springs on HWY 412 go to stop light at intersection of 412 and Mt Olive.  Turn north on Mt. Olive toward downtown.  Follow until you see the Siloam Fire Station on the left, the American Legion Community Hall in the next building on the left.  Parking on north side and Post 29 entry is at the back of the Community Hall, west side of the parking lot.

Under a program of 1933, during the administration of Department Commander Charles Q. Kelly and under the direction of William R. Dyess, WPA director, it was made possible to build 103 Legion “huts” for post and community service throughout the State of Arkansas. Many of those buildings still serve their communities for civic activities and house local Legion posts.

The American Legion Community Hall in Siloam Springs, built in 1934, is one of the larger “huts” built. Some were made with logs, others were framed, some had brick exterior and others were built with stone.

This American Legion Community Hall was built on property owned by the city, for the use of the Siloam Springs Community, while the basement, containing a kitchen and restrooms was devoted for the use of Siloam Post 29 “for as long as they shall desire”. The main Hall is 3,000 square feet, with a capacity of 250, it has a 240 square foot stage, restrooms, a small kitchen and storage room. The balcony has since been closed.

Through the years it has become commonly known as “The Community Building” and has been home to a Skating Rink, Circuit Court, and Civic Organizations. Currently it used for voting, dances, private parties, wedding receptions, gem shows, concerts, and it is the home of American Legion Bingo each Monday evening except the first Monday which is the Post meeting night

Click on the “Membership Link” and access the membership application that applies to you and Join Today – We’ll See You Here!