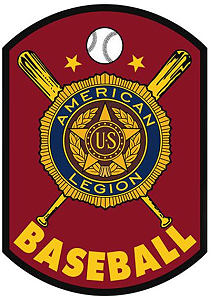 American Legion Code of Sportsmanship
“I will:  Keep The Rules;  Keep Faith With My Teammates; Keep My Temper; Keep Myself Fit; Keep A Stout Heart In Defeat; Keep My Pride Under In Victory; Keep A Sound Soul; A Clean Mind And A Healthy Body.”

Since its inception in 1925, The American Legion has sponsored a nationwide youth baseball program. During these past seven decades, millions of young players have enjoyed playing baseball. The American Legion and their 2.8 million members have raised millions of dollars each year for players to learn the importance of teamwork, discipline, leadership and good sportsmanship. The American Legion sponsors American Legion Baseball to give players an opportunity to develop their skills, personal fitness, leadership qualities and to have fun.  Several of our players in the league has gone on to play in college and professional baseball, with 81 inducted into the Baseball Hall of Fame, including such names you may be familiar with as Yogi Berra, Ted Williams, Frank Robinson, Ryne Sandberg, Roy Campanella, Dusty Baker, Pee Wee Reese, Don Drysdale, Reggie Jackson, Rollie Fingers, Gaylord Perry, Warren Spahn, Bob Gibson, Carlton Fisk,  and Bob Feller to name a few.   (see more)   Babe Ruth was too old to join when Legion Baseball started, but he spent the final years of his life promoting the program as its director of operations.

American Legion Baseball is associated with huge names in baseball history and enjoys a reputation as one of the most successful and tradition-rich amateur athletic leagues. Today, the program registers teams in all 50 states plus Canada. Each year young people, ages 13 to 19, participate.

Resources available for your team at National